Share All sharing options for: Sunderland 0 - 0 Manchester United: First round of links! 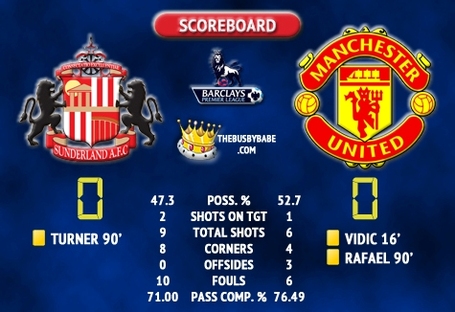 "We freshened up the team as best as we could, following the European trip. Michael Carrick was a natural one to rest - it was his first game back on Wednesday - but we asked Rio how he felt yesterday and he said he felt great. He was absolutely brilliant today. I thought the whole back four did well. John O'Shea also did a great job against their threat in the air. And young Rafael carried on from Wednesday with a terrific performance." - Sir Alex Ferguson ( ManUtd.com | Sky | BBC | FSC | Sun )