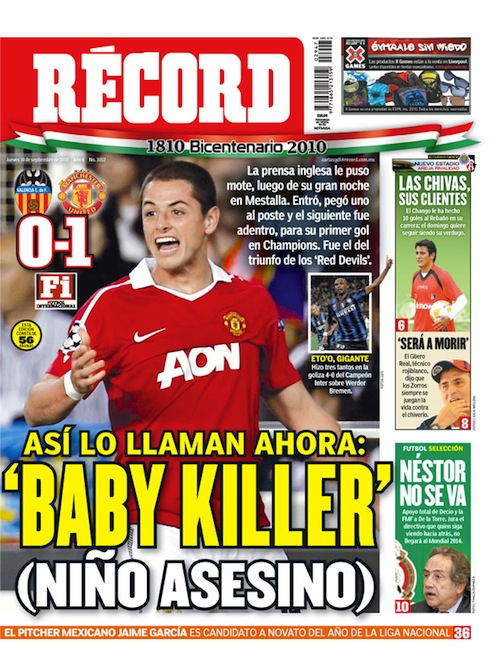 The British tabloids don't do it like this (via SB Nation)

I'm only a human being, I hurt as well, but I need to get through this and get back to playing football the way I know I can do and I'm sure everything else will settle down after that. - Wayne Rooney ( Sky )