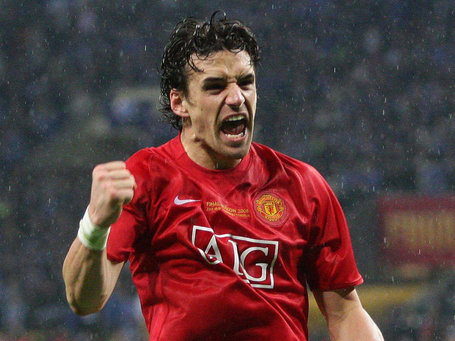 It's not often that 45 minutes in the reserves merits a mention, let alone a full article. But when Owen Hargreaves is actually playing football, it's a special occasion. I had given up reporting on his progress, but after two years Owen might actually be back. Even if Hargreaves could only make a few substitute appearances this season, it would be a huge boost to the entire squad (and to England, but then again almost anyone is better than Gareth Barry). Anyway the reserves won 2-0 against Burnley with goals from Febian Brandy and Corry Evans. I don't have highlights yet, but enjoy this Hargreaves post-match interview--and his English/Canadian/German accent.