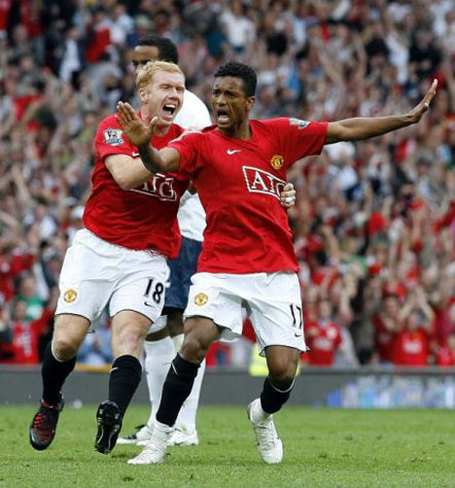 Well I missed a post last week, but you all know that Paul Scholes won the derby in the last minute. This fixture has never failed to disappoint in recent years, and that victory gave us the impetus to win a record 19th league title. The events that followed only confirmed my optimism, as Chelsea fell to Tottenham. Just minutes ago Nani led us to a 3-1 victory over Spurs, with Ryan Giggs converting twice from the spot. The pundits always say the same things "United rely too much on Rooney", "United haven't hit top form", "Berbatov is a piece of shit" etc. Chelsea play Stoke tomorrow without the services of John Terry, and a draw is a distinct possibilty. What a turnaround. More to follow as highlights etc. are released.