One of the hallmarks of Manchester United FC has always been the hard work and determination of our best players. In the more recent past it was Eric Cantona a maverick genius on the pitch and a hard worker off it. Le King used to come in early for training and stay late to work on and hone his craft. You don't get to be a United great by just showing up. You have to put the work in. Who did Cantona's hard work rub off on? The likes of Giggs, Scholes, and Beckham. No surprise then that 2 of the 3 still remain at the club and still contribute greatly to the cause. In the last 5 years it's been the two best players. Ronaldo may love the night life but he doesn't drink and he showed up early for training. He worked as hard as anyone in the world and when you couple that with talent that few others possess you get a world class player. Then there is Rooney. You get the feeling Rooney would stop and play a five-a-side with me and my buddies if he walked past a field and saw us playing. And he would love it just as much as running out at OT. OK, maybe not as much but close. He works hard in training but more than that he just loves playing football and that's why he is now one of the world's best.

One player with world class ability in the United squad that has frustrated fans more than any other the last few years is Nani. His quick feet and lightning pace were there for all to see but the final ball almost never materialized. And frustration levels rose with every passing ineffectual performance. There were flashes of brilliance no doubt. But no where near consistently enough to be United player. That was the story of Nani's career. He was headed out the door because he couldn't live up to his hype. He couldn't play to the level we all thought he was capable of. A funny thing happened in the Nani story though. SAF dropped the young Portuguese winger and then in early December brought him back into the starting lineup. As if by magic we were watching a different player. A man possessed. No longer threatening to take over games, he was actually doing it. No longer occasionally beating his man, he was running full backs ragged. And not just regular full backs. Guys like Gael Clichy, one of the best left full backs in the world. Nani's goal against Arsenal, or Almunia's OG depending on your bent, was pure class and something we should see more and more of as the years go on. So what had changed? Turns out it was nothing more than good old fashioned United style hard work. 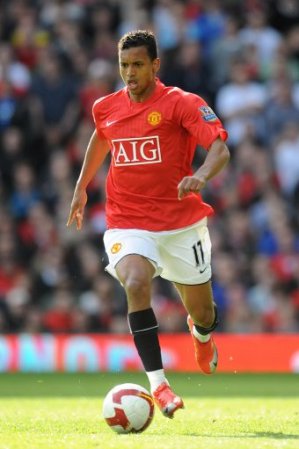 Putting your head down and working hard. Something we can all respect and the performance of Nani in the second half of this season is one of the reasons I am very confident heading into the next campaign. He can play either side and with Valencia, and hopefully Obertan soon, he gives United great options out wide. And deliveries that most strikers, Rooney in particular but Berba not as much, can really feast on. The future is bright for Luis Nani.

Berba, who retired from international play yesterday, says United will buy a new striker this summer and that he will stay to fight for his place. Maybe he will benefit from more competition. I am sceptical though after finally losing faith in Berba late this season.

Wazza thinks he has the skills to be a manager one day. The guy just wouldn't be able to be away from Football. You can't imagine Wayne Rooney doing anything else can you? Also his best years are ahead of him. That's a bit scary if your not a United supporter. 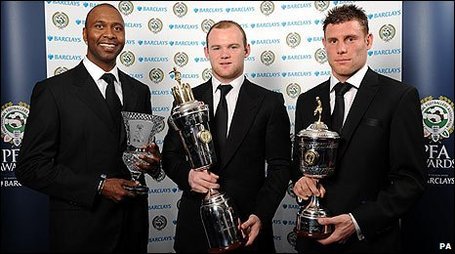 Ben Foster is close to moving to Birmingham where I think he will do very well. I hope he stays healthy and can help keep Birmingham up next year. He certainly has a solid defense in front of him at St Andrews.

Forest are reportedly lining up Corry Evans as a loan signing to help get them over the hump and into the Premier League next season. Something similar worked for Sunderland so why not? Johnny really benefited from first team experience out on loan and hopefully so will Corry. I also have a soft spot for Forest. Don't know why. Just always have and would love to see them back in the top flight.

And Milos Krasic is interested in England. He is rumored to be a target for SAF.