There isn't a lot going on today as the papers are reporting very little "news" on Manchester United. England's bid to host the 2018 World Cup is in some trouble and that has dominated the national media spotlight across the pond. Just some scattered transfer rumors in some of the papers. Speculation linking United with Hatem Ben-Arfa don't make much sense while it appears Angel Di Maria is more likely to move to Madrid than United. Not sure why all the transfer rumors surrounding wingers when that's one of the positions we really don't need to strengthen. A new striker seems to be the fans desire and we are linked with Ajax's Uruguay international striker Luis Suarez. Dutch players usually adapt to the Premier League fairly well. Uruguayans? Not as much.

Apparently the race is on to sign Ritchie De Laet on loan. I think a year of first team football is just what the doctor ordered for Ritchie. I think it can have a similar impact to the time Johnny Evans spent at Sunderland.

And the really interesting rumor that I found was once again linking United with Evertonian Jack Rodwell. A player with immense potential that I think would be great at United. I do wonder if now is the time to bring the kid to United or if he could use one more season on Merseyside. So a poll question is in order. 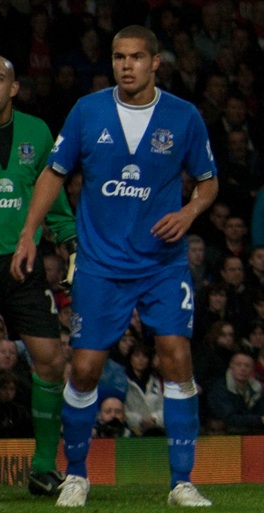