Once again I have more Chicharito news for you as it seems that Mexico are playing a friendly every other day. This time it was an easy win over Gambia in which Chicharito scored a brace. Huge slice of luck on the first goal but he was on hand to put it away. And it was a great finish. A goal scorers goal for his second sliding in to meet a cross from close range. He looks to be a striker who finds space and if that's the case he will get a lot of chances while playing for United.

Seriously Mexico has played more friendlies lately than Ronaldo has looked in the mirror. They are playing more frequently than Mike Riley hands out yellow cards. Mexico is play matches more often than Tommy Smythe says "onion bag". OK that's enough. So there is your daily Hernandez report. Tune in tomorrow when I will tell you what Chicharito had for dinner tonight. Chimichanga anyone? Oh no, now I'm as bad as David Gill.

The most interesting story of the day for me is the news that Jose Mourinho is being lined up as the next manager at Old Trafford. Mourinho of course just signed on at Madrid where he has vowed to win the Champions League but apparently he has an out in his contract to come to United when Fergie steps down. Which is reportedly going to happen in 2 years. You get the feeling Mourinho has wanted to replace Fergie all along. Is there going to be a more difficult job in his life time? Replacing Sir Alex Ferguson, the greatest manager in the history of Manchester United, is surely going to be a monumental task. Who would want to follow SAF? Only a man with an ego and the ability to back it up. Mourinho is just that man. It's a situation where almost any other manager would fail. And that's what Mourinho likes about it. For some reason he strikes me as a guy with a God complex. 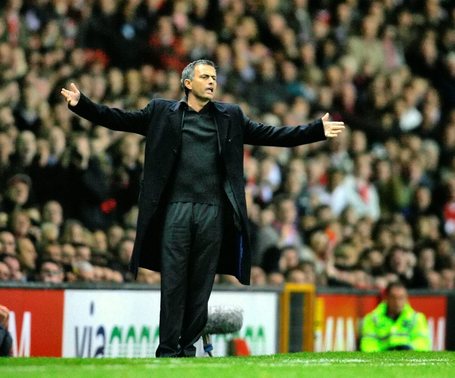 Luka Modric, United's yearly Spurs transfer target, has signed a new deal at White Hart Lane. As much as I would have loved to see Modric at United it's nice to see someone commit their future to a club. Almost shows loyalty. Although I am sure the Champions League had something to do with it. 6 years is a long time and it means that if United want to get Modric next summer or the one after that he isn't coming cheap.

Wayne Rooney is being tipped to lure Joe Cole to United during the World Cup. Maybe he will promise Cole he can use that sweet luxury suite Wazza uses when he is hurt. I like Joe Cole and I think the depth at United means he wouldn't have to play as much and would likely be able to stay healthy at Old Trafford.

We are also still in the frame for the "new Kaka" apparently. Someone tell him we know some Brazilian twins he can hang out with. 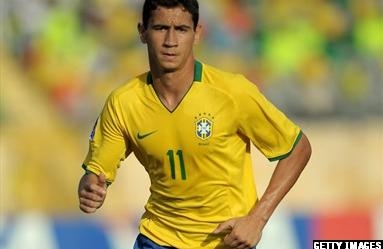