United to take on MLS Stars

Share All sharing options for: United to take on MLS Stars

Good news for United fans in North America, of which I am one, as it was announced today that United will make it's way over to the US for a preseason tour that includes a stop in Canada as well as a date with the MLS Stars in Houston. I still have vivid memories, a miracle considering the drinking, of United's last trip to the US of A when my father and I went to Seattle to see United take on Celtic at Qwest Field. It was an amazing day, the only down side was David Bellion played but then every time he played was a down day for United, and for those of us who support United from afar, and get to Old Trafford rarely, this will be a great chance to see our team up close.

Rio is in the news as he had a run out in a testimonial for Tony Carr at Upton Park as he makes his way back to fitness. Rio is of course trying to ensure he is in the England squad for the World Cup. He may also be hoping to play a part in last day heroics for United and he recently said he is desperate for the Premier League to throw up one last shocking result.

In transfer news it sounds like United, and take this with a big grain of salt, want to offer Berba and Carrick to Tottenham in exchange for Bale and Modric. Sounds good to me although I don't think Spurs would be interested in such a deal. Not to mention neither player sounds like they want to leave Spurs just yet. As I speculated yesterday qualifying for the Champs League has increased Spurs drawing power. Both in terms of recruiting players and keeping hold of the ones they already have. But hey, why not let them get a season of Champions League football under their belt somewhere else before we decide if we want them. 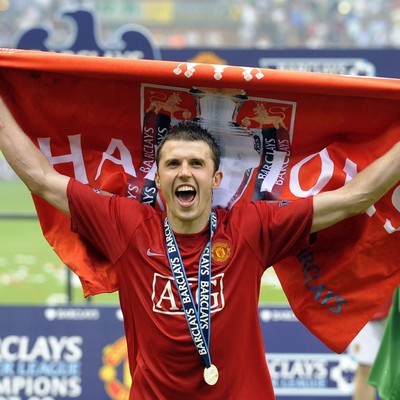 Zoran Tosic doesn't want to come back to United. I don't think he is good enough to be a Red Devil so if teams meet our valuation then I have no problem letting him leave.

And Wayne Rooney's pre-match meal is apparently Coco Puffs. I am going to go buy a box right now.