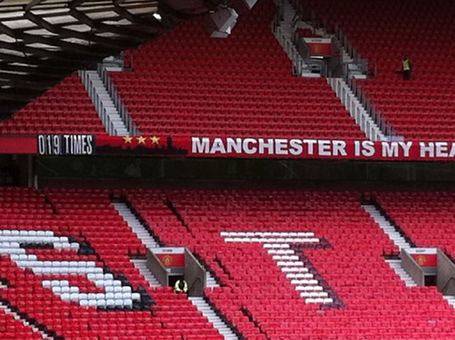 Manchester United will put a wrap on their title-winning season by taking on Blackpool at Old Trafford today. This game will mark the final game in front of the home crowd for Edwin van der Sar, who joined United from Fulham in 2005. Understandably, VDS had a bit of a "wobble" last week about his decision to retire.

Though he won't play, this will also mark then end of Owen Hargreaves' stay with the Red Devils. Hargreaves helped United to the league and European Cup double in 2008 has since struggled with tendinitis in both knees.

Should ESPN2 cut away from Old Trafford following the match, you can watch the trophy presentation and post-match celebration for free on ManUtd.com and on MUTV.