In another thread here on The Busby Babe, regular reader and commenter 'Useful_Idiot' provided some links to leaked photos of Manchester United's home and away shirts for the 2011-12 season. The manufacturer of the shirt continues to be Nike and the sponsor for the 2nd consecutive season is Aon. The main change in the shirt appears to be the removal of the collar from this season. It looks to be replaced by white trim with a black stripe in the middle. Overall, the look looks to be very conservative, and in my opinion, very sharp. In recent seasons, my personal favorite was the 2007/08 home shirt, another look that I felt was simple and classic. I will certainly be purchasing one of these new ones in the summer. 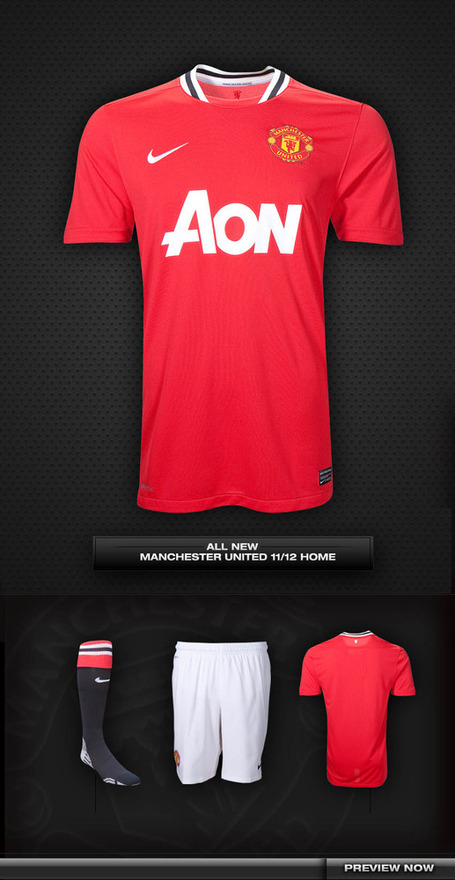 The away shirt after the jump...

The leaked photos of the away shirt displays a blue and black design with hoops. Blue has been a traditional color for the club in the past and during the 1968 European Cup final, it was a blue shirt that was worn in the victory over Benfica. My initial impressions is that I like the look but my concern is that it looks a little too much like the striped shirt of Inter Milan. 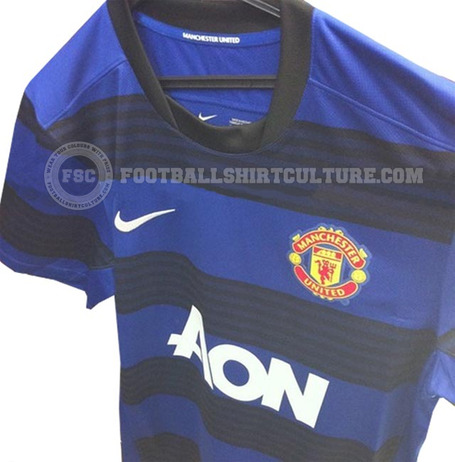 What do you all think? Share your thoughts in the comments below.