With just over a week to go to the first leg of the mouthwatering tie that is Manchester United vs Real Madrid, I pick out four players who I feel need to perform over the two legs if United are to make it through.

We are just over a week to go before the highly anticipated first leg between Manchester United and Real Madrid. A week on Wednesday, United travel to the Spanish capital for the pick of the last 16 ties. The last time the two teams matched up, the Brazilian Ronaldo scored a marvelous hat trick at Old Trafford to seal the deal.

United will nead a gargantuan effort from 1-11 to progress to the quarter finals. But here, I will pick out four players who I feel need to put in the performance of their lives against Jose Mourinho's side. 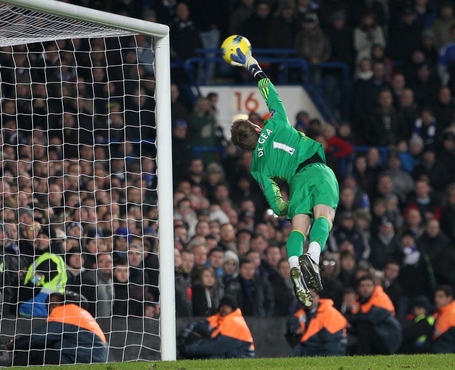 Bought from Real's neighbours 18 months ago, David de Gea has divided opinion. The media bashing of him has been unrelenting in the past month or so. And it all stems down to one area of his game. And the media do have a point. It is a glaring weakness in his game.

What the media fail to mention is the amount of top drawer saves the boy can make. Saves that often defy belief. Just look at the past weekend. Two vital saves from John Arne Riise and John Ruiz. The Ruiz one in particular only brushed his fingertips, but was enough to divert the ball on to the post. Keepers should not get to those kind of shots.

He needs to bring his A game. His shot stopping ability needs to be at his brilliant best. But more importantly, he needs to act like a boss when the ball is there to be won. If your coming to claim it. CLAIM IT. If your coming to punch it. Do your best Mike Tyson impression and get it the hell out of there and don't let anyone get in your way. 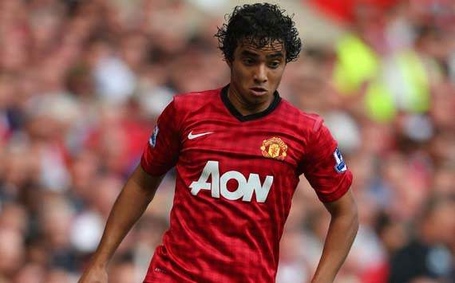 Im taking a small punt here in assuming that it is the feisty Brazilian that gets the start at right back and not Phil Jones. Either way, whoever gets the start on the right faces a huge task in the form of Cristiano Ronaldo who more often than not attacks down the left.

Rafael's game will be tested like never before over these two legs. His discipline maybe more so than other facet of his abilities. Not only will he have to pick and choose when he bombs forward, which has been a constant in his game ever since he first featured for United, he will have to stay alive for the whole 180 minutes. No matter how frustrated he may become he cannot become involved with CR7. And even when danger seems at it's most furthest, he cannot switch off. If he does, he will relive a nightmare that we all had when watching Bilbao destroy us over two legs last season. While mistakes like that have become rare recently, the danger of something similar happening will always be there with a mind as young as his.

He will also need help from de Gea. Rafael may be able to out jump the awful Andy Carroll when needed. But with a footballing brain like Ronaldo's hunting down a chance at the far stick, if he builds up a head of steam, Rafael will be like a lamb to the slaughter if the ball is in the air. If ever there was a need for de Gea to command his box. 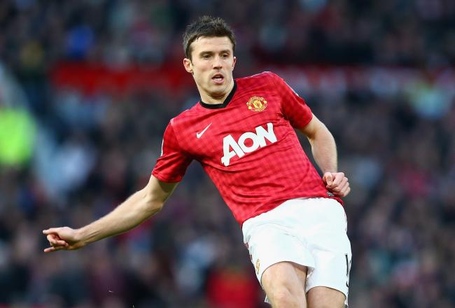 Those days are over

This season Micheal Carrick has been truly appreciated. The understated man of the Manchester United has put in outstanding performance after outstanding performance. But always in his quiet and efficient way.If it wasn't for RVP's heroics, I think you would be looking at our player of the year. Even with RVP on field, when Carrick has been given a rare rest, our midfield looks overrun and United lose control of matches that they were dominating. Simply put, he has become the heartbeat of the United midfield.

When Carrick plays well, United tend to win more often than not. But Madrid is a team that likes to play on the counter attack. If Carrick is seeing a lot of the ball, his passing needs to be nigh on perfect or else we could get caught short and our defense exposed. 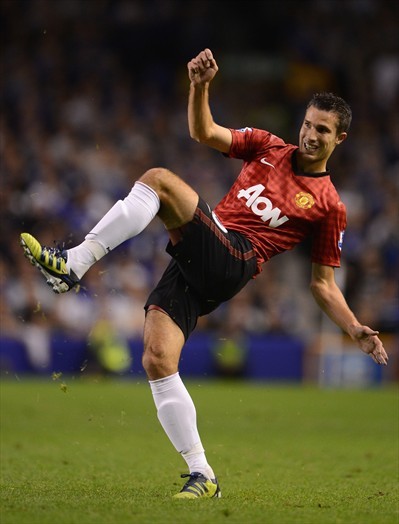 Ever since Robin van Perise has signed for us, he has been immense. His clinical finishing has been on another level to what we have seen since the days of CR7. Able to provide a moment of brilliance from anywhere within thirty yards of goal, his clever runs and intelligence means he is just as likely to create a chance for a teammate.

Although the Madrid defense is not as strong as it could be, I feel chances may be few and far between for both sides. In open play, RVP will need to be at his best when a chance falls to him. Just as important may be his set piece delivery, which has been on point all season, and a major contributor to our improved amount of goals in this area. This has been a strength for us, and a weakness for Madrid.

I will throw this out there. I don't think we progress unless RVP scores at least three over the two legs.

Again, although I have singled out these four players, every player needs to step forward and do their job. The center backs, likely Rio Ferdinand and Nemanja Vidic, are going to have to be brick walls. Tom Cleverley, likely to be Carrick's CM partner is going to have to stand up and be counted in the biggest game of his life. Wayne Rooney, in whichever role the gaffer chooses for him will have to be a contributor at both ends of the field. Perhaps he will be chosen on the right to help Rafael down that side.

It promises to be a hell of a tie.