Ask not for whom the bell tolls, it tolls for Moyes

Before last night's game, as the majority of Old Trafford hoped for the best and braced for the worst, a spectral figure was spotted in the crowd. According to Twitter, where the image has been circulating, Death rose to his feet from among the home fans, pointed towards the dugout, and announced "Moyes, I'm coming for you." 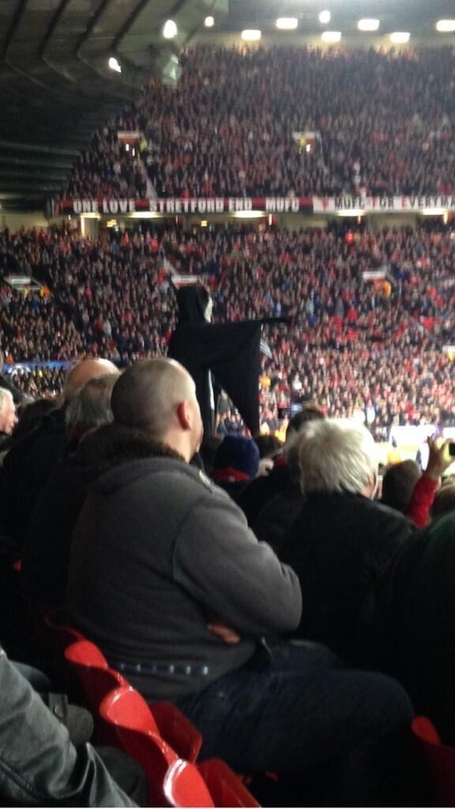 And you thought he was just looking stressed. Anyway, Robin van Persie's hat-trick ensured that Moyes avoided the chill touch of the Reaper and remains thoroughly anchored to this mortal coil. One can only assume that Death felt like a bit of a pillock when the final whistle went: all dressed up and no-one to scythe. Whether this will be enough to placate the cowled one in the long term remains to be seen, however, as presumably he's got tickets for City at home. Unlike everybody around him, he'll be hoping for a massacre.