Manchester United forward Cristiano Ronaldo will finish the year as the highest paid soccer player in the world ahead of his rival Lionel Messi and Neymar Jnr. (both of Paris St. Germain). The veteran striker returned to the top of football earning list following his move back to Manchester and Lionel Messi's departure from Barcelona last summer. 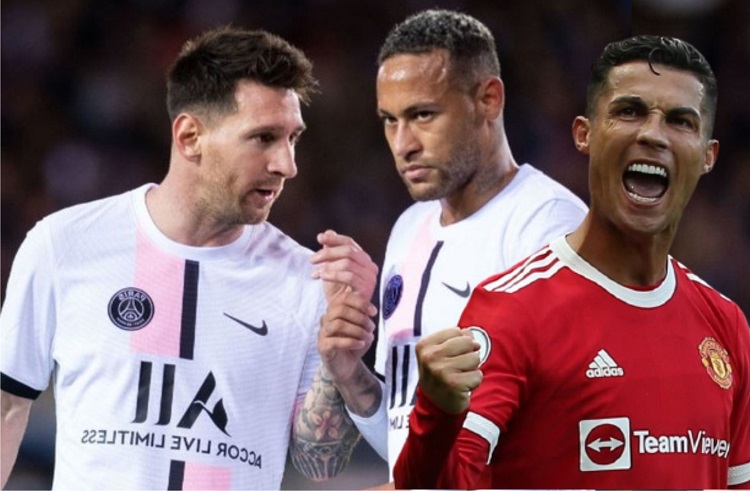 Ronaldo now earns a salary reported to be $70 million per year. A figure only bettered by Messi's $75 million per year salary at Paris St. Germain. Despite the slight difference in the salaries of both soccer greats, CR7 will end the year earning $15 million more than Messi, making him the highest paid soccer player in the world. This gap is thanks to Ronaldo earning more revenues from endorsements than his Argentine counterpart.

Cristiano Ronaldo is set to earn $125 million before taxes in the 2021-22 season, with $70 million coming from salary and bonus for his return to United, where between 2003 and 2009 he delivered three consecutive Premier League titles and a Champions League crown. The rest comes from personal endorsements and partnerships with brands including Nike, Herbalife, Clear and his ever-expanding CR7-branded portfolio that includes perfume, underwear, eyewear, hotels, gyms and more. Only three other active athletes make more commercially: Roger Federer ($90 million), LeBron James ($65 million) and Tiger Woods ($60 million). And Ronaldo is showing no signs of slowing down, with the 36-year-old still outperforming plenty of his opponents in Europe, most of whom are 10 years his junior.

It's the type of selling power that comes with being the world's most popular athlete—one with more than a half-billion followers across Facebook (149 million), Instagram (344 million), and Twitter (94.3 million), and it helped him recapture the top place on Forbes' list of the highest-paid soccer players in the world this year.