From Karim Benzema to Alexandre Lacazette, Manchester United have been linked with plenty of strikers for this summer. But which one should they sign?

With Radamel Falcao having headed back to Monaco and Robin van Persie possibly set to follow him to warmer climes, it's becoming increasingly important for Manchester United to try and add some depth to their attack. So, in true tabloid style, we've weighed up five potential options and stuck a poll at the bottom to determine the TBB favourite. If your choice isn't listed, let us know who it is in the comments below.

The good: Bacca is is coming off a very impressive season with Sevilla, and has scored 29 goals in a total of 52 appearances in all competitions. He's pretty much a classic number nine, who relies on his intelligent movement and lethal finishing to get his goals. He'd offer a threat running in behind that his compatriot Falcao failed to provide last season. What's more, Sevilla would probably let him go for a fair price: they sold Alberto Moreno and Ivan Rakitić last season both in the region of £15 million.

The bad: Bacca is 28 years old, so he's as good as he's ever going to get. That's certainly good enough to at least play as a backup for United, but it would be unwise paying big bucks to sign him. He's also only been playing in one of Europe's major leagues for two years, and has no Premier League experience. 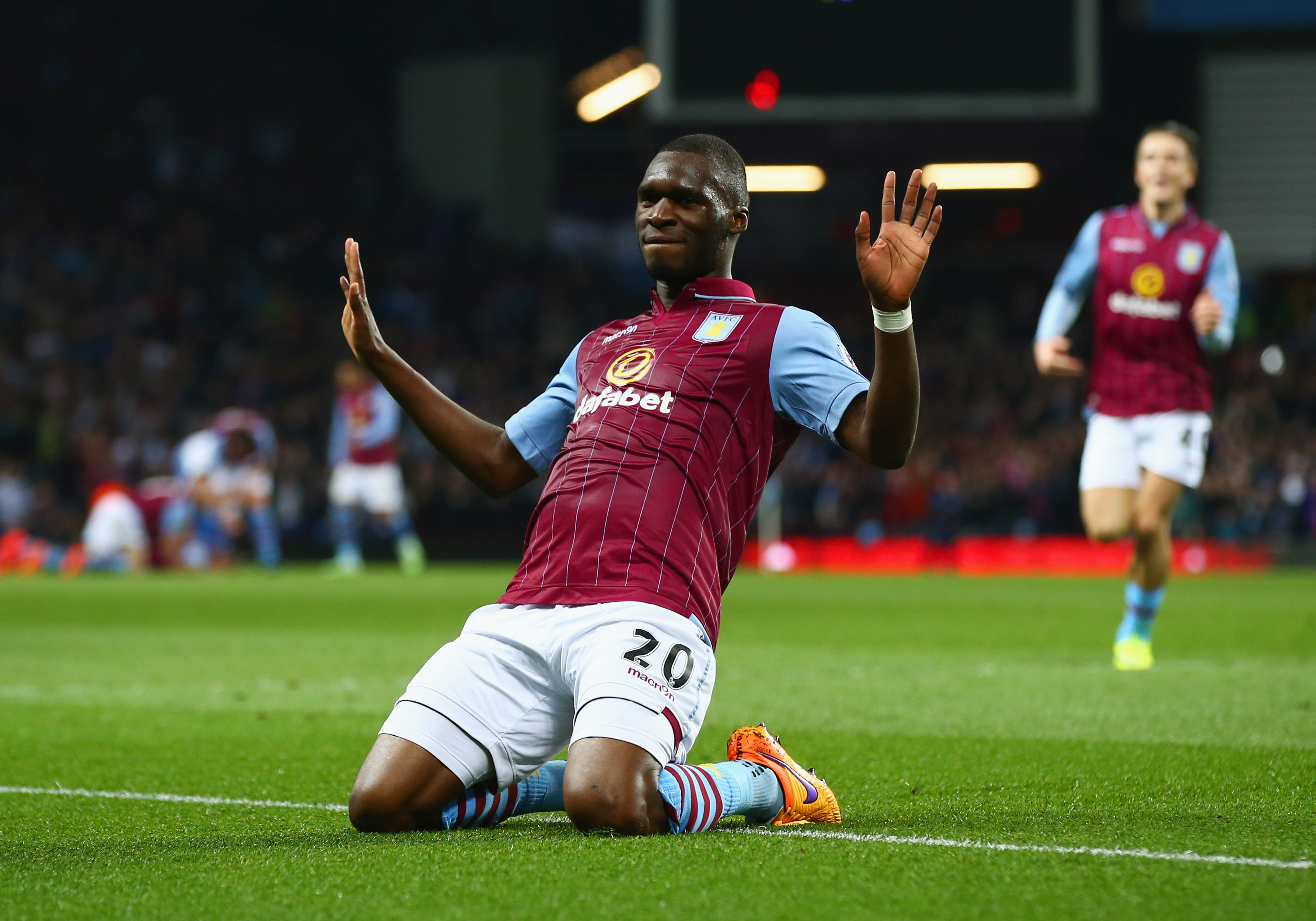 The good: 24-year-old Christian Benteke is still young and has proven he knows how to score goals in the Premier League: he's netted an impressive 42 times in the division since moving from Genk three seasons ago. He's a great finisher and is strong in the air, and his physical style would make for a nice change from the ease with which defenders were able to brush Falcao off the ball last season.

The bad: Benteke is very strong, though his link-up play isn't quite as good as some of the other players on this list. He's also missed quite a bit of football over the past year with a series of injuries, and there's also the small matter of the price tag. Villa boss Tim Sherwood has revealed that Benteke has a rather pricey buyout fee of £32.5m, and still has a couple of years on his contract to run. That's too steep for what we've seen so far.

The good: Karim Benzema is the most proven top-level player on this list. The 27-year-old Frenchman has been a fixture in the Real Madrid team since he moved from Lyon back in 2009, and was part of the side that lifted the Champions League title last year. His link-up play is excellent, and he works as hard off the ball as he does on it. For a team like United, who struggle to create space among deep defences, that could be a great help. If we're going to have darting runs from Memphis Depay and Gareth Bale next season, Benzema would be a good player for them to bounce off on their way to goal.

The bad: Benzema is less of a natural goalscorer than anyone else here, and only once has he scored over 20 goals in a La Liga season. Considering he plays for Real Madrid, who score 10 goals a game, that's not a particularly impressive return. It's true he contributes more to the build-up play -- so has his hand indirectly in more goals than the others -- but Benzema isn't really a plug-and-play kind of striker. He's much more dependent on the work of his teammates. That's not bad per se, but Louis van Gaal would have to be sure that Benzema would fit with his style before authorising a bid.

The good: Gonzalo Higuaín has scored 142 goals in La Liga and Serie A since he moved to Real Madrid from River Plate back in 2007, and 35 of them have come in his last two seasons at Napoli. He's a pretty inelegant striker, though his hold-up play is probably one of the underrated aspects of his game. He's intelligent in the final third of the field, and would likely be up for a move with Napoli having lost both Champions League football and manager Rafael Benítez of late.

The bad: It's difficult to pick holes in a potential Higuaín siging, as he is objectively very good at his job and has been so throughout his career. If there is a criticism, it's perhaps that he does sometimes bottle it on the big occasion, though it'd be a surprise if United did have any big occasions coming up next season. Oh, and the reported £42m figure is probably too big for a player of his age and record. 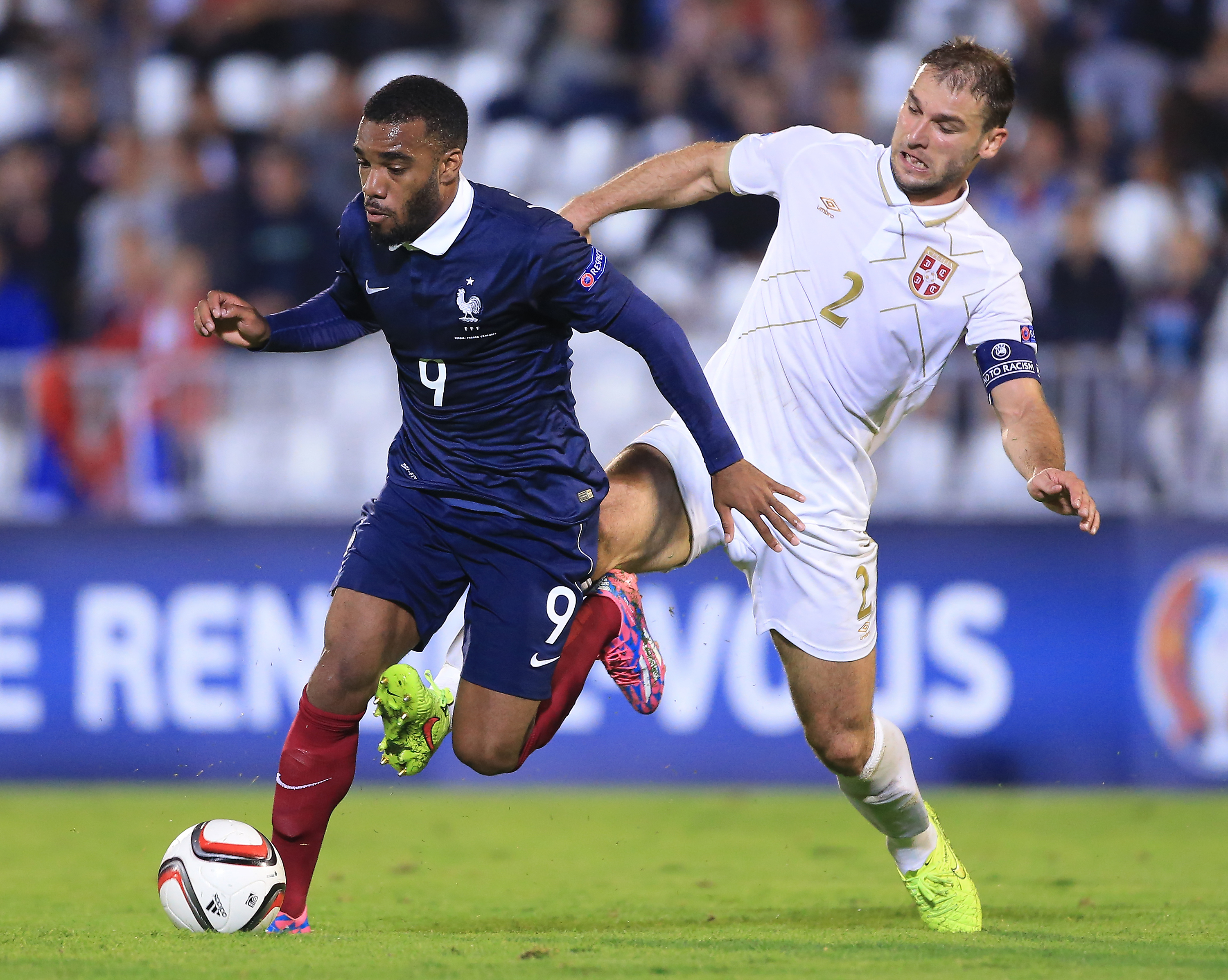 The good: Alexandre Lacazette is the most exciting young thing on this list, with the French international having enjoyed a breakthrough season in Ligue 1 with Lyon. He's sclred 31 goals in 33 games in all competitions, though don't make the mistake of thinking he's a pure goalscorer. He's a brilliant all-rounder, as capable of creating chances for teammates with a darting run or a cutting pass as he is to lash it home himself. He stands at only 1.75m, which is considerably less than every other player on this list, though he adds a creative spark that they couldn't.

There's also the fact that it would really annoy Liverpool fans, which, let's be honest, is really why we're all in the game.

The bad Lacazette is not just good, but he's young. He also plays for a club with a rather stubborn president. Add those factors up and it's clear that Lacazette wouldn't come anywhere near cheap -- Lyon chief Jean Michel Aulas has previously suggested that not even €50 million would be enough. It would be an unquestionably exciting gamble, but a gamble United are unlikely to take when there are more proven, cheaper options available. Boo.